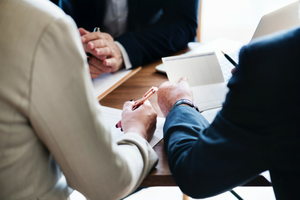 Negotiating in China is a very different process than in the United States and other western countries. When a business does a deal in the west, parameters and specifications are agreed on and carried out through the life of the contract. In China, the initial contract is the starting point of the business relationship or negotiations. As far as any Chinese partners are concerned, negotiations carry on until the business relationship has ended. Price points, customer priority, fill times, all aspects of a current contract are subject to change when filled by a Chinese counterpart.

China plays the long game while western counterparts are viewed as playing the short game. In China, a business relationship is viewed as any other relationship where trust and the strength of the relationship are built over time. In the west, full trust is allotted as soon as the contract is signed. These differences arise from the differences in culture.

Interdependency of Business Relations
The Chinese build trust and lasting relationships over time – building strong networks of useful connections. For Chinese businesses to be successful they need to have good relations with those in their industry as well as with the government. Most Chinese international conglomerates were born from family-run companies that relocated parts of their families or friends overseas to run branches outside of China. Applying family values to business may seem foreign to Westerners, but it should outline that forming business relations in China is a process rather than simply striking a deal.


The Hierarchy and Respect
Upper management, owners, founders and board members retain significance over all others. These people demand respect, and when they do not get it, relationships can become damaged. In China, subordinates often take on the “do not speak unless spoken to” role of a child. When an employee has an idea that could add value, they are expected to go through the correct avenues and hand their idea over to their seniors. This goes hand in hand with business interactions as well. When dealing with Chinese business people of high social status, they expect to be treated a certain way.  If an customer has an issue to escalate with a Chinese supplier, it’s best to do it with the owner alone – to allow everyone to save face.

Degree of Modesty
The Chinese pride themselves on their modesty. This factor plays heavily into the elongated negotiation and trust building process. Self-promotion is frowned upon when working to strike a deal with Chinese business owners. The technique is viewed as a weakness in character and makes the self-promoter look like a untrustworthy business connection.

On the flipside, a Chinese business person will not share their own shortcomings until they become an irreversible problem. Take for example a manufacturer that has been ordering manufactured parts from a supplier for years. The manufacturer encounters money or regulatory problems, and none of this is shared with its customers until after the factory is shut down, leaving customers high and dry.

How to Negotiate Contracts in China

Now that an understanding of the differences between cultures in business interactions have been established, here are some tips for westerners negotiating contracts with Chinese counterparts:

Understanding the Counterparty
Your business should have a good understanding of whom you are going to be dealing with, what their social standing is, and how extensive their network is. For example, if you are  making agreements with a Chinese company that has been around for a long time, has extensive roots, and older senior management this Chinese company should be treated differently than a company that has been recently started or is a newly formed offshoot and being run by younger family members. Local culture can also be a factor, but in most cases, westerners will be dealing with Mandarin speaking businesses in the People’s Republic of China.

You don’t want to risk offending potential business partners that you have not even talked to yet and China does not require companies to be as transparent as they are in the west, making all of this part of your due diligence before starting negotiations. Having an intermediary on your negotiation team can help to easily fill in some of these blanks.

Be Prepared
Remember, it is not all about you and your accomplishments. The goal is not to go in and woo them with all that you have done in the hopes that they will see you as a great customer or service. Go in completely prepared with what you have to offer them and what they can offer you. In the case that they do not agree with you on price points, make sure that you have the knowledge of other competitors that they are involved with and why your product or the way you do business is better. Remember, Chinese companies are deeply linked at the local level and will likely compare what you have to bring to the table to what others are doing in the area.

Negotiating Style
When dealing with a Chinese counterparty, it is smart to form a unified team. Each team member plays their own role. There is usually one person that does most of the talking unless it has been agreed upon beforehand to do otherwise. Often, the group will take on the form of a speaker, a translator, and a note taker. Other members may be added such as an intermediary and a cultural interpreter.

Keep in mind that even if both parties are proficient in both native languages, a translator and interpreter can help to catch things that may be missed by the rest of the group. An intermediary can play an essential role in informal communications with the Chinese team. Intermediaries are usually Chinese natives from the region in which you are planning to do business.

Signing the Contract is Just the Beginning
Once you have struck a deal with Chinese business, stay cognizant of the fact that negotiations are an on-going trust-building process. Someone in your business should be chosen to act as an official liaison to your Chinese partner. This person should be keeping up contact, requesting necessary data, and working to build long-term relations with the Chinese partner.

If you are looking to negotiate a major deal in China and would like some further guidance, CMD can help. We have decades of experience forming relationships and working to connect western and Chinese business counterparts. The first impression is always the most important, work with us to make sure that you get it right. CMD offers consultation services on how to best approach Chinese companies, negotiate a win/win deal, and form a relationship-driven partnership that is profitable for both parties.