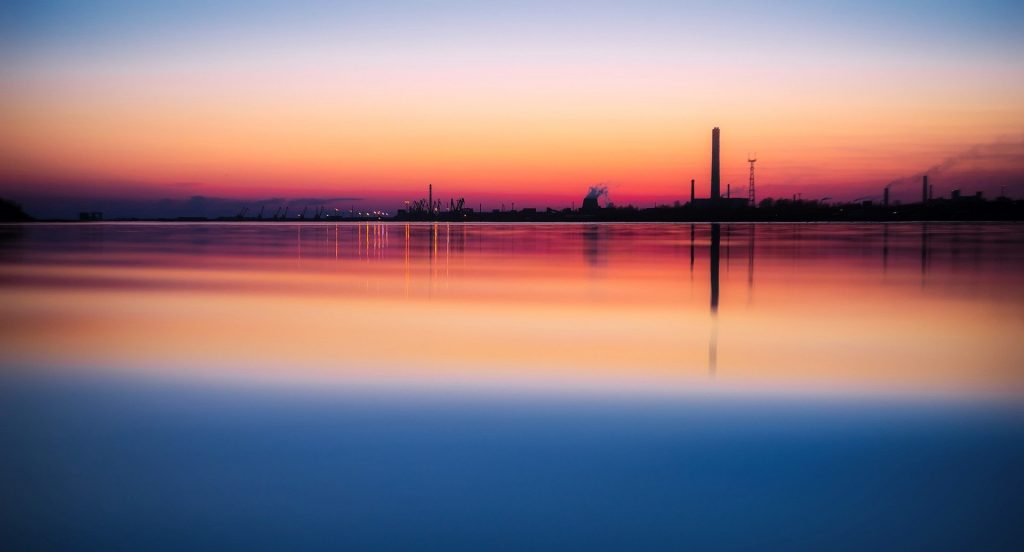 hina wants high-polluting, undesirable industries to clean up their act or get out of China.  While environmental laws have been on the books for years, evidence is mounting that enforcement is catching up with policy.  Even a minor violation can trigger disruption or even disaster within your supply chains.

Paint if you will a picture…

A factory in Shanghai was painting parts in three areas. All three had environmental and safety approvals. One day, the government decided in that part of Shanghai, painting had to go. Local authorities made a surprise visit, took readings, and found exhaust samples from one paint area were slightly above environmental requirements. The factory was shut down…overnight. Corrective actions were implemented and when the factory re-opened, only one line was allowed to run…for now. While local laws for painting were on the books for a long time, unexpectedly a decision was made to enforce them.

It’s about people. In the last four decades, 500 million people moved from rural to urban areas of China, and especially to Tier 1 cities (15+ million people each). The masses chased jobs, and the government encouraged the rapid development of industry to create jobs. As urban populations rose, so too did industrial environmental problems. The government responded with laws to protect 1) public health and 2) worker safety. Enforcement over the years has been inconsistent. But lately, enforcement is toughening up. The ball is moving in Tier 1 cites and is expected roll to others from there.

Before production can begin, manufacturers must take a process to local planning, safety, and environmental departments for approvals. Existing processes are periodically audited. In zones with high population densities, approvals for “undesirable” processes are increasingly hard to come by and in some cases impossible to get or maintain. To push out undesirables from urban areas, local authorities simply start flexing muscle. Rules overlooked in the past are now more scrutinized. A full spectrum of outcomes are possible, depending on how badly the government wants to rid a zone of an undesirable, including:

The goal is to get polluting processes away from people. If a manufacturer is operating in a densely populated area, it is unlikely a shut-down can be remediated and re-approved, even if all compliance requirements are met.

If suppliers locate further inland, transportation costs rise.  Also laws of supply and demand apply – if suppliers are forced to shut down, demand thereby gravitates to remaining suppliers, who can charge higher prices.

While foreign companies are sometimes held at higher standards, Chinese companies are increasingly being scrutinized. So if you thought you were safe with a China contract manufacturer, those days are limited.

We’re seeing the same trend with buildings. For decades, all construction projects required approval from a local planning department. Many secondary structures that were never properly approved or were verbally exempt from approval are being torn down by the thousands across the country. The impact on product is serious at many key manufacturers. The crack down is especially rampant in Tier 1 cities specifically.

On behalf of our clients, teams at CMD are implementing multi-tiered strategies for mitigating supply chain risk. Possible actions you can take include:

1. Discovery. Reach out to existing suppliers to understand their current situation and plans for the coming months. A lack of awareness or plan is a serious red flag.

2. See test results. Every company has an environmental permit. Ask to see the document(s) and recent test results. Are requirements being met? What is the supplier allowed to do vs. what they are actually doing? Has the supplier experienced violations? If yes…

a. What did the government actually communicate to the supplier?

b. What is the risk the process is highly undesirable, and regardless if compliance can be met, the process will have to be eliminated anyway?

3. Check capacity. For what level is the supplier approved? Do they have capacity to expand production under the current permit? Check the supplier’s expected volume changes with other customers.

4. Get an audit. Where concerns arise, hire a third party testing company to do an environmental audit.

5. Assist suppliers. Work with suppliers to achieve compliance if the risk of shutdown is low.

6. Look for adjacent risks. Look at what processes are being done beyond your product within the same supplier. The painting job you’re sourcing may undesirable but compliant. But if the same the supplier is doing an undesirable process for another customer, the supplier may be shut down – and it’s not even your product.

7. Network. Find out from related general managers in companies in a zone – what’s allowed or not allowed. What are the risks specific to the zones in which you are operating?

8. Prioritize back up plans. This is a top priority. Revisit your supply chain strategy and have China sourcing plans ABCD ready to go. Keep both eyes wide open, knowing BCD supplier may soon have the same issue as your A supplier.

Some are switching China contract manufacturing to more remote areas of the country. Tier 2 and Tier 3 cities maybe buy a few years; but if history is our guide, enforcement will one day expand to include these cities as well. Some are leaving China altogether for Southeast Asia.

Environmental-related issues are causing real supply chain disruptions and we believe enforcement will grow even stronger in the coming months and years. Sound strategy involves doing business with lower-risk, reputable suppliers AND having backups in place. Proactive approaches like these for China strategy are mission critical to protect the manufacturing-driven revenues on which your business depends.

Discover how a CMD client proactively diversifies sourcing and is ready for change. Get the case study.

Disclaimer: The information contained on the CMD website, including this article, is for general information purposes only. We make every effort to keep the information on our website current, but accept no liability whatsoever for the content provided.