The Trade War… Now What? An Insider’s Perspective. 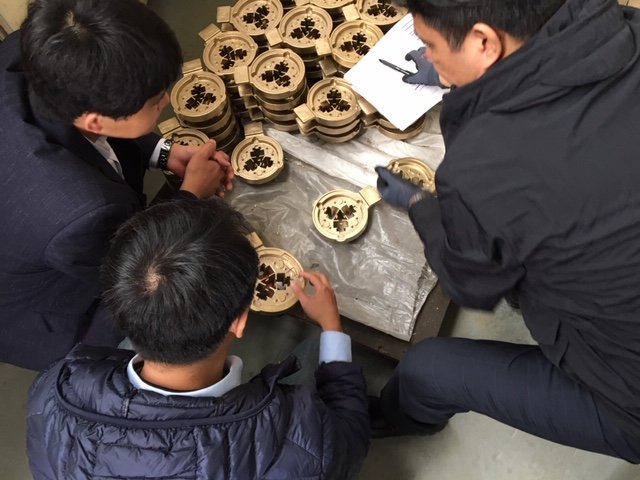 We’re often asked for our view on what’s happening given current geopolitical tensions: “What’s going on with the trade war? What are we seeing?” We read the same news that our clients are reading, the difference is that we go through factories and see what happens on the ground. These anecdotal stories add context to what we read in the news.

The information I share is in that context, it’s a combination of what’s very public, and what we see on the ground.

The Start of the Trade War

The trade war, when it first started to surface, came across as a storm, and if we battened down the hatches we could weather it. As weeks turned into months and months turned into years, our thinking shifted on how this will potentially play out, and how long it would last. We view it more like a pendulum that’s swinging.

Public sentiment, regardless of which side of the aisle you’re on has moved significantly. Leadership in many companies believe this is long overdue and China should be taken to task on trade imbalance and IP issues. With heavy focus on the domestic Chinese market, many companies are hesitant to make it their personal fight for fear of muddying their own waters. This is a trend. We expect  the pendulum will continue to swing and see a decoupling of these two economies, US and China. They are definitely intertwined and interlinked, but there is a growing nationalism, which is not unique to China and the US; you can see it in many regions of the world. As Governments become increasingly concerned with an eroding power base they are becoming more protective and conservative. What we’re seeing is a symptom of that fear.

Balancing Duties on Products and the Exchange Rate

So what else do we see?

Duties on products traded between the US and China have increased. There has been some mitigation of those duties through the US dollar exchange becoming more favorable for exports from China. It’s not a 1:1 offset by any stretch of the imagination, but it does soften the blow to a certain extent. Duties are forcing companies to really reexamine what’s going on.

This is not a new theme. It’s certainly been a strategy of a number of companies for years or even decades where they produce in that country for that country (i.e. producing in China for China). This alleviates the issue of import duties as well as significantly reduces the cost of logistics.

How are Companies Addressing This New Normal?

On the spectrum of what we’re seeing from different companies and how they’re approaching this new normal is everything from sticking their heads in the sand (hoping the problem will go away) all the way through making major investments to build mirror images of supply chains that exist in China — in SouthEast Asia. Often clients ask, “Where is it all going?” and there’s not one region with all the  right answers.

The theme is certainly SouthEast Asia. For some medium-size manufacturers, Vietnam happens to be quite high on our list for variety: metal fabrications, plastic injection molding, rubber molding, metal parts, precision-machined aluminum castings, etc. Over the past 3 years, Vietnam has also stepped up with quite a number of competencies including decent plating and powder coating, allowing brand owners more options for assemblies, not just component sourcing.

Interestingly enough: maybe 5-15 years ago, Vietnam was a hot place for textiles but they went in the front door and out the back door in a matter of 10 years. Vietnam then moved up the value chain, thus my comment about medium industry being their current sweet spot. Also there’s a unique phenomenon happening in Vietnam where many of the electronic manufacturers (Samsung, IBM and HP, essentially the “box stuffers”) have facilities in Vietnam. While diversifying supply chains is beneficial, we also need to be realistic. In a recent interview with the Financial Times, I cautioned that “it’s not realistic [to] think from week to week, all of a sudden, somewhere like Indonesia is going to be able to make all the nuts and bolts that goes into the world’s products”

Recently, we visited a factory which had expansion plans that go out to 2025. They’ve actually sold their production capacity in a building that hasn’t even been built yet. So you sit across the table from management and say “So the building hasn’t been built yet, but you’ve already committed to dedicating that capacity to certain product line or customer all the way through 2025?” And they say “Yes. So, beyond the cup of coffee you’re drinking there’s not much more we can provide you.” This is a case of “build it and they will come”. Vietnam’s capacity is in high demand as more companies look for China alternatives.

What’s Happening with The Chinese Economy?

So that begs the question, “Is China in a freefall decline?” No, is the answer. Yes, we’re seeing bluer skies (less pollution from manufacturing) and some capacity that has been made available at some factories we’re working with. And in some cases we are seeing a facility or factory that’s going belly up, but those are exceptions. China over the years has implemented policies to discourage, for example, high energy consuming and high polluting industries. Through policy, China is making it difficult to get a license to do that kind of manufacturing or they make it prohibitivly expensive, so they’ve pushed many of those producers out. This is a natural evolution of major industrial economies, who have all been through this cycle. What makes China different is the speed at which the cycle is happening – so much faster.

As pointed out in our last article, we believe China will continue to play a major role in supply chains around the globe. There are many specialty items that are difficult to make elsewhere, due to an immaturity of vertical integration in developing economies.  So we will continue to see China make strategic components, and other countries buying them to finish assemblies and achieve “significant transformation” to justify a change in country of origin for tariff relief.

Although there’s a slowing in the economy, we certainly don’t see it dropping off a cliff. China is skipping over brick and mortar development, and have gone straight from mom and pop shops to online stores. China’s $1.94 trillion e-commerce is the largest in the world, and more than three times that of the number two U.S. market, according to a newly released eMarketer report.  That’s a phenomenal statistic if you think about it. Where, in China you have one single market that’s not only bigger than the next one by a stretch, but more than three times larger than the next largest market. That’s an indication that China is becoming a much larger consumer. Over the decades they’ve shifted from agriculture into manufacturing, and from manufacturing they’re now shifting into service. Service at this point is about 50% of the Chinese economy whereas more developed countries are closer to the mid-to-high 80% range. So there’s quite a bit of upside growth that we expect to see in the coming decades in China in the service sector, naturally.

According to a December 2019 study by Cornerstone Analytics, energy consumption projections for 2020, particularly oil and gas, will be up 6.6% in 2020. That is interesting and if you had asked me to guess it would have been zero to negative growth. What we see in the softening industrial and manufacturing sector which has me scratching my head wondering where that energy consumption comes in. It could be simply that people’s standard- of living is going up and they’re buying air conditioners, heaters, and more cars–but it could be more consumption related than industry related energy. But that’s all speculation.

We are seeing leading companies invest in expanding supply chains. They are not giving up on China – simply creating flexibility and options. Regardless if you agree with a persistent trade war or not, prudent businesses are diversifying supply chains beyond a single (China) source.